If you’re in your feels as much as I am during this devastating time in our lives, there’s a chance your days are mired in chasing some normalcy, while occasionally pondering how you might affect change. Maybe, like me, you’re looking for ways to help our country’s most vulnerable communities, as crises unravel across the nation.
Mile High Moments 💍🏔 #denver
Happy birthday to my insta-lurking, wacky, weird, fierce, determined, sweet, benevolent & radical compañera 🎉🥳@lisal_chidc
Surreal day at the #medicareforall rally - total dream to march, converse, and hold space with incredible women in the vanguard of the fight for #m4a @coribush @mariannewilliamson @paulajeanwv2020
Belated shots from the Windy City 🏙
Almost heaven, West Virginia 🏕
Congrats #hokiegrad @_annamurphy_ ! Resilience, courage, and compassion has always been your brand. Your tireless work and service to the Blacksburg community over the past year is proof of that, so is your new hat 👩‍🎓. Proud big brother isn’t a strong enough phrase ❤️.
Estamos en la lucha @casa4all ✊🏿✊🏽✊🏻✊
Carved out 1100 sqft in the city I love to call my own! 🔑🏠
Murphlip the Senate 🍑💙
Scenes from the fall (🍁)
It's my birthday 🎉! This month also marks my three year anniversary at @networkforgood. It's been an incredible ride - as the company has grown, so too have the number of partnerships we've been able to foster with small (but mighty) nonprofits, nationwide.
Last week I flew to south Texas and joined a grassroots campaign to send @jcisnerostx_ to congress.
Since everyone and their mother is doing it, I couldn't help but gather some moments in time from the year that rounded out a decade. It was one filled with puppers, laughs, celebrations, volunteering (🇭🇳 & 🏀), travels (🇨🇴 & 🇵🇷), friends, family, and of course, a good duckface here and there. Onto the next 10er.
Some SoFL shots 📸
Happy 2️⃣1️⃣ to my amazing, not-so-little sis @_annamurphy_ 🍾🍾
Get you a squad that can do both 🎃⚾
#tbt rubbing elbows with the Clooneys + celebrating the first annual #asilgala @ the Frick Museum in NYC. Wasn't bold/important enough to get a posed pic with the guests of honor, but did sneak into a few candids (pics 2&3).

Ten years ago I was but a skittish, anxious, and naive 14 year old. You know the type. Acne-ridden face. Mouth full of braces. An intense curiosity about the opposite sex. A penchant for screwing up every opportunity to talk with the opposite sex.

The exception to this was on Myspace, of course. In internet land I was a world of confidence. With a killer profile featuring hip, yet pensive, songs, a witty “About Me” to create a false air of complexity, a carefully cultivated Top 8, plus clever comments and posts, how could I be anything but confident?

Offline I was your typical privileged American teenage boy. Sheltered. Ingenuous. Hopelessly hormonal. Looking back, it is somewhat shocking to imagine that awkward and woefully unaware young man taking the step that he did that year.

Indeed, in June of 2006, alongside 12 other teenagers and a handful of adults, simple Jack left behind the comforts of home and arrived in the 3rd world for the first time. Organized by my church, St. Mark’s in D.C., the lot of us would be participating in a reforestation project in the beautiful country of Honduras.

Two weeks later I would return home a changed person. Two years later, I would go back to continue the work we started. It has been eight years since that second trip in 2008. In many ways, every decision I’ve made since then has been in effort to get back there, the place that forever opened up my worldview, though I suppose I haven’t always realized it.

As I write this I am relaxing in my hotel in Guatemala City, the capitol of Guatemala. Despite being just a month removed from spending three months in Europe, I felt (and obviously still feel) that this journey is not quite done yet. Thus, I loaded up on my immunizations, began to sharpen my Spanish, and piled months worth of living into a bag once again. 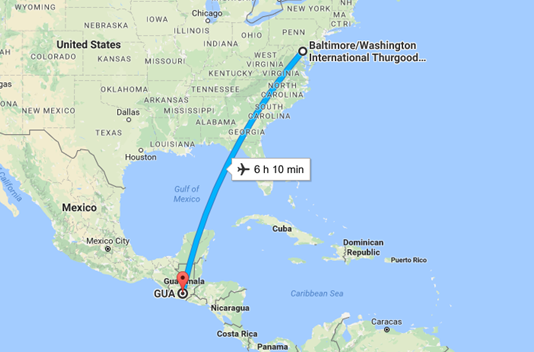 And so here I am. My immediate plans are to spend a yet-to-be-determined time in Guatemala with my eyes fixed on Honduras as my next destination. I have no real semblance of an itinerary, so this trip will be a bit more fluid.

As in Europe, I will be doing my best to update this blog throughout my travels. My aim as before will be to tell stories of the land and the road taken, amplify the voices of those I meet, and plant trees (perhaps only figuratively this time around!).

Drop your e-mail in the above-right box to follow along :). Nothing makes me happier than sharing my experience with those who are curious about the world, or who hope to travel as I am some day.

The world is a book worth reading, time to turn the page!

One thought on “Turning the Page”