Bangkok has long captivated writers because of its unique society and exotic allure.

One hundred years ago in Joseph Conrad’s 1915 novella The Shadow Line, protagonist Captain Giles remarks on seeing Bangkok for the first time while navigating through the Orient:

“There it was, spread largely on both banks, the Oriental capital which had yet suffered no white conqueror”

Indeed, Thailand endured through centuries of worldwide colonization, remaining steadfast on the short list of countries to resist, as Conrad puts it, a “white conqueror”. A century later the Captain’s observation remains unchanged. But much like the rest of the world, 2016 brought noteworthy change of a different sort to Thailand, as I would discover for myself. 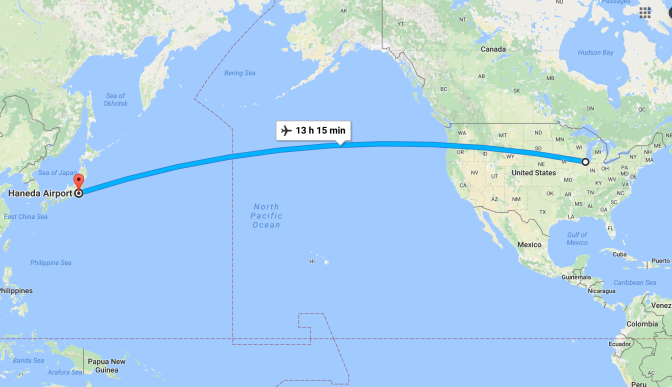 Though as neither a captain nor a conquerer, I made my own maiden voyage to Southeast Asia about two weeks ago. After close to 24 hours in transit I touched down at my destination, known in Thai as “Krung Thep Maha Nakhon” (I think I’ll just stick to calling it Bangkok).

Upon navigating through customs and taking a shockingly cheap cab ride to the city center, I arrived at the Ambassador Hotel and meet up with my favorite travel companion, Papa Smurph himself.

As 2016 comes to a close, the stars aligned for Dad and I to join each other for an excursion through Southeast Asia. Last year he scheduled two teaching gigs a week apart in Bangkok and Singapore. Being in a (waywardly unemployed) position to meet him, I couldn’t pass up the opportunity.

So the two of us crafted an ambitious itinerary. Two men. Four countries. 12 days. The historians will call it “A Father and Son’s Excellent Adventure”. Or perhaps the less politically correct “A Father and Son’s Asian Sampler”. (Yeah…they should stick to the former. The latter is too suggestive of eating peculiar Asian delicacies. Spoiler alert: I have not tried dog meat and have no plans to).

I had little time to adjust as I arrived late that first night and had to be up early for our “Best of Bangkok” tour. The following morning Dad and I are met in the lobby by our tour guide, Kenny, who greets us with a bow and praying gesture.

Kenny takes us by van, boat, and foot to some incredible landmarks throughout the City of Angels.

It is my first taste of eastern architecture outside of India and I am wide-eyed with wonder. The colorful intricacy and sheer scale of the structures we see is visually arresting.

Throughout the day Kenny takes us to several Buddha statues of important cultural and historical significance.

As we walk the various temple grounds and admire the numerous Buddhist landmarks, I notice a great number of people praying, meditating, or just sitting in peaceful silence.

Around 95% of Thai residents are practicing Buddhists, dwarfing Islam, Christianity, and Hinduism, which make up the remaining 5%.  The countless towering Buddhist landmarks, and a distinct priestly class of monks seen everywhere in the city, lead me to believe that faith is an integral part of Thailand’s culture and identity.  In fact, though the country practices freedom of religion, the King of Thailand is required by law to be a Theravada Buddhist.

Which brings me to Thailand’s current position of flux.

On October 13th of this year, King Bhumibol Adulyadej passed away. Known as King Rama IX, stylized as Great King Bhumibol, he was the 9th monarch of the Chakri Dynasty, which has been in power since 1782. In 1946 he took the throne at age 19 and ruled for a staggering 70 years.

In a year that has seen the deaths of a rather shocking number of historical figures, including those of Fidel Castro, Muhammed Ali, John Glenn, David Bowie, and Prince, Bhumibol’s death might be the most impactful of the bunch. He was the longest serving monarch in the world (that title now belongs to Queen Elizabeth); all of the Thai people I spent time with have known no other King throughout their lives.

Bhumibol ruled over a period of massive Thai prosperity and economic expansion. Unlike other monarchs around the world, he exercised a degree of political influence that led to significant reform and development. In 1974 he proposed a Sufficiency Economy Policy that pushed for equality, education, and self sustenance for the country. The result has been a thriving middle class, construction of dams, bridges, schools, hospitals, and robust agricultural systems. In 1992 he played a pivotal role in Thailand’s transition to a democratic system.

A talented musician and avid dog lover, Bhumibol was beloved in Thai society. He was seen as a man of the people, often taking trips to the countryside to speak with farmers and even following up on their grievances at a policy level. Moreover, he promoted progressive reform in the areas of renewable energy and technology. The result of his reign is a country that has found continued success in agriculture (Thailand is the #2 exporter of rice in the world), and has progressed remarkably well in the areas of high-tech.

As I walk through the streets of Bangkok, I notice countless photos of the late King mounted on buildings, in front of temples, and hanging in the windows of storefronts. 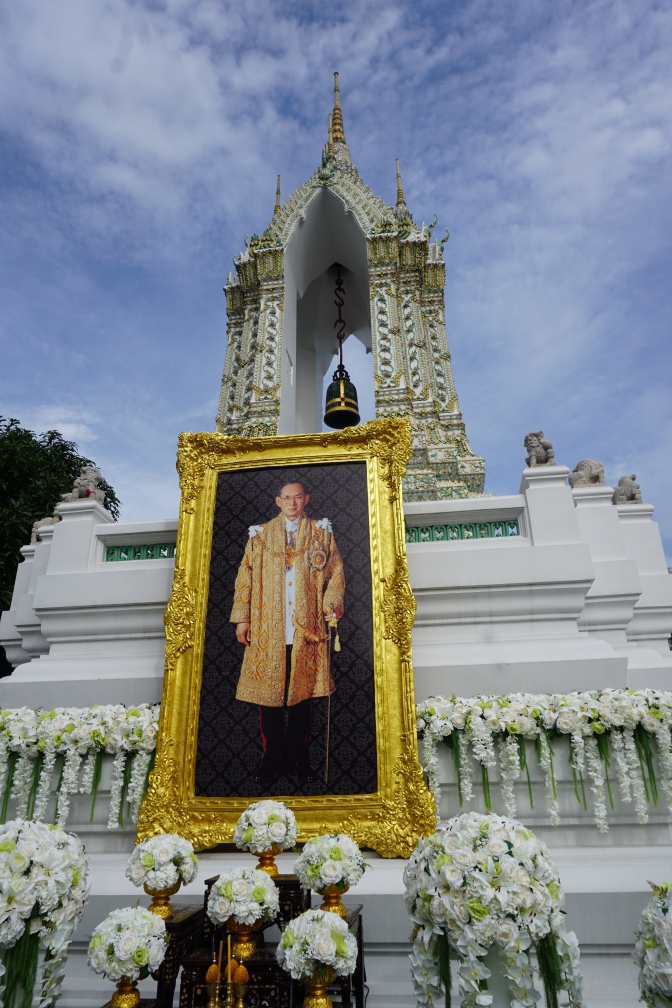 Though not completely devoid of controversy, Bhumibol’s rule was long and prosperous. Clearly, the Thai people venerate him and appreciate his 70 years of service.

Unfortunately the international community doesn’t seem too optimistic about his successor.

The heir apparent to Thailand’s throne is Adulyadej’s only son, Crown Prince Vajiralongkorn.  Much of the prince’s public life has been the subject of scrutiny from abroad (due to the lèse majesté law, criticism of the king, queen, crown prince, and regents is strictly prohibited in Thailand).

The Economist has asserted that he is “widely loathed and feared” and “unpredictable to the point of eccentricity”. The online journal Asia Sentinel claims that he is “regarded as erratic and virtually incapable of ruling”. He is thrice-divorced and will be Thailand’s oldest ever monarch to ascend to the throne.

Indeed, the Crown Prince’s parallels to President-elect Trump are self evident. Such is life in 2016. Thailand, along with the rest of planet earth, is coping with a speculative limbo riddled with uncertainty.

I continued to explore the dynamics of this transition during the rest of my time in Thailand. Check back soon for more adventures in and around Bangkok!